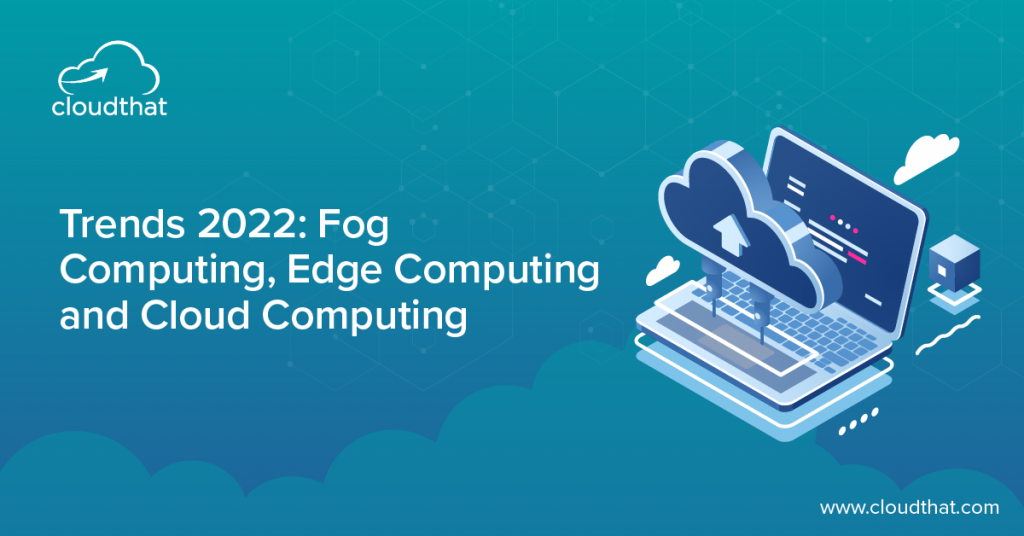 In the ever-evolving technology landscape, it can be challenging to keep up with new terminology and its features. Most people understand what “The Cloud” is and what it can accomplish, but newer terminology like edge computing and fog computing is less commonly understood, even though they are driving innovation in many fields. Therefore, today, we want to help you understand these three concepts and demonstrate how they are utilized to power industrial Internet of Things (IIoT) designs.

Cloud, fog, and edge computing infrastructures are rapidly being used by organizations that rely substantially on data. These designs enable enterprises to use a wide range of computational and data storage resources, including the Industrial Internet of Things (IIoT). Although cloud, fog, and edge computing appear to be the same thing, they are various levels of the IIoT. Edge computing for the IIoT enables processing to be conducted locally at many decision points to reduce network traffic.

Companies were obliged to seek this sort of solution to remain competitive in the face of the pandemic and the expansion of the home office. However, the concept has since grown in scope. In this blog, we will go through the distinctions between each of these definitions in depth so that you can decide which is ideal for your company. Keep on reading!

Cloud vs Fog vs Edge Computing

The delivery of various services through the Internet is known as cloud computing. These resources include data storage, servers, databases, networking, and software, among other tools and applications.

Cloud computing refers to information that is accessible from a remote location in the cloud or a virtual environment. Cloud service providers allow customers to store files and apps on remote servers and then access the information through the Internet. This implies that the user does not need to be at a certain location to access it, allowing them to work from anywhere.

Cloud computing may exist in both public and private forms. For a price, public cloud providers offer their services through the Internet. Private cloud services, on the other hand, only serve a limited number of users. These services are a network system that provides hosted services. A hybrid option is also available, which includes components of both public and private services.

Cloud computing is extended to the edge of an enterprise’s network via fog computing, a concept coined by Cisco. It brings intelligence down to the LAN level of network architecture, where data is processed in a fog node or IoT gateway. Simply explained, it entails bringing your computers closer to the sensors with which they communicate.

Fog computing and cloud computing vary mostly in terms of decentralization and flexibility. Fog computing, also known as fog networking or fogging, is a decentralized computer architecture that sits between the cloud and data-generating devices. This adaptable framework lets users optimize performance by placing resources, such as apps and the data they generate, in logical areas.

The structure’s purpose is to put fundamental analytic services closer to where they are needed, at the network’s edge. This decreases the distance over which users must transfer data over the network, resulting in improved performance and overall network efficiency.

Fog computing has several characteristics with cloud computing, from which it evolved. While still employing a fog computing architecture, users may store programs and data offsite and pay for not only offsite storage but also cloud updates and data upkeep.

Edge computing is the processing of sensor data away from centralized nodes and near to the network’s logical edge, toward individual data sources. It effectively moves the network’s computing functions to the edge. In other words, rather than sending all the data to the cloud for analysis and action, this process occurs much closer to the source of the data.

Edge computing triages data on the go, decreasing the traffic to the central repository. It streamlines fog’s communication network and decreases the number of potential failure spots.

Some Edge content can still be transferred to the cloud, but only the data that requires additional processing — at least for the time being.

Edge Computing transforms the Internet of Things (IoT) from a seven-headed beast to a fully functional entity. With “intelligent” gadgets like Smartwatches, for example, we see these applications becoming increasingly popular.

We can tackle a variety of problems using Edge Computing, such as latency and throughput, for illustration. Many people believe that the cloud’s future is on the horizon.

Cloud vs Fog vs Edge Computing

Edge computing and fog computing both have comparable capabilities in terms of moving intelligence and data to local analytic platforms that are either on or near the data source, such as autos, motors, speakers, displays, sensors, or pumps.

Both technologies make use of the processing resources of a local network to accomplish compute activities that may otherwise be performed in the cloud. They can assist businesses in reducing their reliance on cloud-based systems for data processing and storage, which typically results in latency difficulties, and in making data-driven choices more quickly.

1. Data Processing Location
The location of data processing is the key distinction between cloud computing, fog computing, and edge computing. Data is processed on a central cloud server in cloud computing, which is often located far away from the source of information. It occurs on cloud platforms such as Amazon E2C instances. Edge computing takes place mostly on the devices to which the sensors are linked or on a gateway device near the sensors. Fog computing, on the other hand, moves the edge computing activities to processors linked to the LAN hardware or the LAN directly, allowing them to be physically further away from the actuators and sensors.

As a result, data for edge computing is processed on the sensor or device itself, rather than being sent elsewhere. In fog computing, on the other hand, data is processed within an IoT gateway or fog nodes that are part of a LAN network.

2. Capacity for processing and storage

Edge computing, on the other hand, has even fewer processing power and storage capacities because it is done on the devices/IoT sensors themselves.

Cloud computing is great for long-term in-depth data analysis, but fog and edge computing are better for fast analysis needed for the real-time reaction.

It is also worth noting that cloud computing needs continual internet connectivity, but the other two may function even without it. As a result, they are more suited to scenarios in which IoT sensors do not have constant internet access.

It is not simple to integrate a fog or edge computing system into an organization that has relied on cloud computing for years to meet its computational demands. Companies may have to stretch their boundaries and use fog or edge computing to gather massive volumes of data, especially in the age of 5G networks, 4K graphics, and HD quality data online.

Cloud, fog and edge have opened a slew of new possibilities for professionals and businesses. If your company depends heavily on digital communications, transportation, and process management, you will need to learn more about how these techniques function and how they might help you enhance your work.