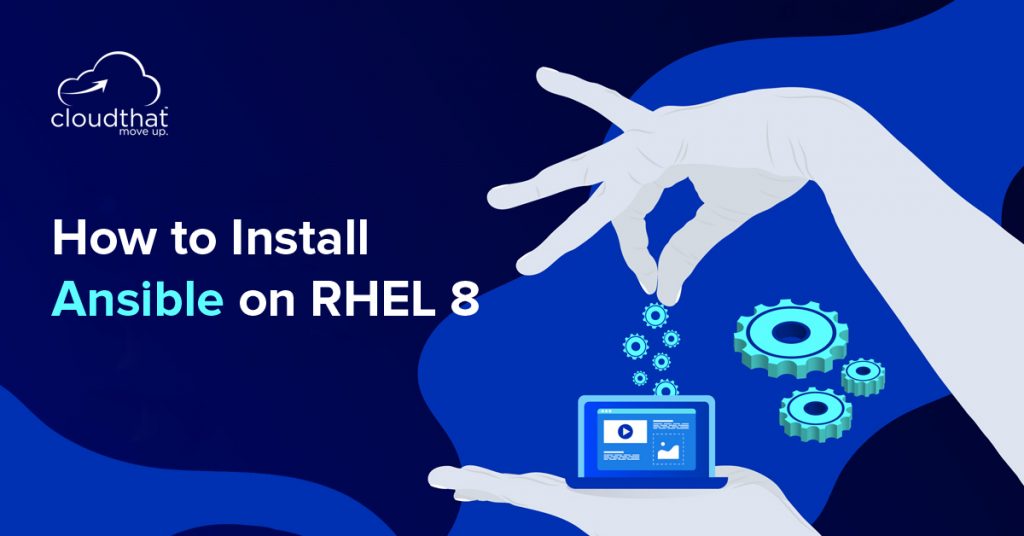 This blog states the steps involved in installing Ansible on a Red Hat server and managing another server using the master instance. I will be using 2 AWS instances with RHEL. If you wish to read about Ansible, kindly read our previous blog here, and that should help you understand why and where we use Ansible in our environment.

Go to your AWS management console and launch an RHEL instance. Use Putty/MobaXterm to SSH into the instances once it starts running.

Next, we will be installing Python3 in our RHEL 8 EC2 instances. If you have a special requirement of Python2, mention Python2 in the command, otherwise use the command below as is.

Next, we should setup alternatives for our Python3 commands to run using Python. Use the command below for both instances:

Now, you must install Python3-pip on the instance. Pip is a package manager for Python that allows you to install and manage additional Python packages which are not part of the standard python library.

We wouldn’t be able to install Ansible as a root user here, because in RHEL 8, this operation is not allowed. So, we are going to create a new user and setup a password for it.

For the second instance, create a user named, “managedhost” and setup a password for it as well.

Once complete, we should add the user ‘ansiblecontrol’ to sudoers file for sudo access. Use the command below to do that.

Similarly, repeat the above with the user “managedhost” in the second instance.

Find the PasswordAuthentication string in that file and change the value against it to ‘yes’. Save and quit the file.

In RHEL 8, Ansible cannot be installed as a root user. So, we are going to install Ansible after switching user to the one which we created earlier in Step 4. Use the commands provided below for the same.

Let’s check the Ansible version and its config file.

As evident from the above screenshot, we have installed Ansible 2.9.5 and there is no config file present. In older versions of Ansible, it used to be present in the directory /etc/ansible/ansible.cfg, but in the newer versions, we are supposed to create one manually. We also need a hosts file to be able to run playbooks, so we are going to create the required directory and files as well.

We will now create a file named ‘hosts’ in the Ansible directory and input the private IPs of the managed hosts. In our case, we have 1 instance, so we will give that IP alone.

In the above screenshot, notice that I have mentioned the private IP of the managed host under [webservers]. This is called creating a group. I created a group named ‘webservers’ so that I can call all the servers at once, and thus avoid using individual IPs in my Ansible commands.

Now let me show you, how we can configure password-less authentication between the ansible-control host and managed hosts. Run the command below in the Ansible directory:

Note here, that your key’s randomart image is confidential information and do not share it with anyone else. The above image has been cropped for this reason.

It will ask for the password configured for the managed host. I just copied the public key from the control machine to the managed host, so that the former can connect to the latter using that key via SSH protocol.

Above screenshot shows how I logged in to the managed host from the Ansible control machine.

I know this step seems to be a tricky one, but trust me, it doesn’t take much time if you follow the steps correctly and Ansible can be configured easily.

Go to the hosts file in the /etc/ansible directory and edit the file. Add the username for the managed instance as ‘managedhost’ and then save the file.

This will tell Ansible to use ‘managedhost’ as username while connecting to it.

We just ran the ping module, which means we pinged the instances in the group ‘webservers’ mentioned in the ‘hosts’ file created earlier. The above screenshot implies the same, where it mentions 172.31.90.161 | success; and at the end “ping” : “pong” which is Ansible’s way of saying the ping has been successful.

Hope the steps mentioned above are clear. Watch this space for more blogs on Ansible.

To learn more about Ansible Courses visit: cloudthat.in. Get Consulting from our experts at competitive prices.

If you have any comments or questions, then do write it in the comment.