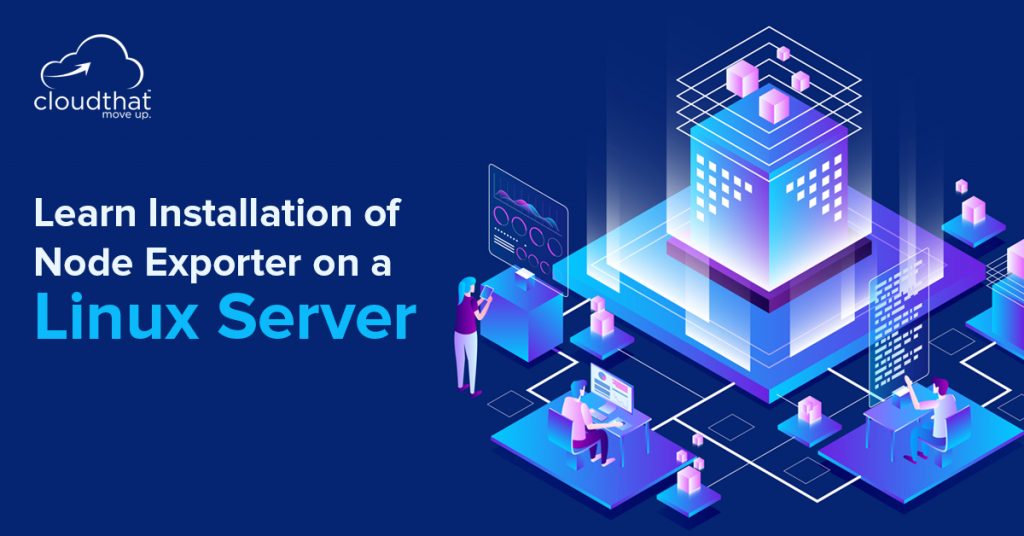 Node Exporter is a Prometheus exporter for server level and OS level metrics with configurable metric collectors. It helps us in measuring various server resources such as RAM, disk space, and CPU utilization. Node exporter is a good solution to collect all the Linux server related metrics and statistics for monitoring.

Here, you will learn how to install the node exporter manually as well by Ansible playbook on a Linux server to export all node level metrics to the Prometheus server.

Step 1: Go to the official release page of Prometheus Node Exporter and copy the link of the latest version of the Node Exporter package according to your OS type. Then update the command to get that package.

Step 1: Create a node_exporter service file in the /etc/systemd/system directory.

Step 2: Edit the file and add the below content in it. This will allow us to start node exporter as a service.

Step 4: check the status of node exporter service to make sure it is active, and service is running.

Step 5: Finally, enable the node exporter service to the system startup so that service will be up and running even after the reboot of the machine.

Now, after starting the service, node exporter is ready to export metrics on port 9100.

To view all the server metrics, you can curl your server URL on /metrics, as shown below.

Configure the Server as Target on Prometheus Server

Step 1: SSH into the Prometheus machine and open the prometheus.yml file which is at location /etc/prometheus.

Step 2: Now, we need to create a new job for Node Exporter, which will fetch the required metrics. Add the new job under the scrape config segment as shown below. In the targets section, add the IP of your Node Exporter machine. Job name can be anything like your server hostname or IP for identification purposes but here we are using Node_Exporter.

Step 3: Now, restart the prometheus service to make our changes effective in the configuration using the below command.

Also, you can use the Prometheus graph (http://<prometheus-IP>:9090/graph) to query the metrics on the web UI and get the corresponding output in the form of graphs over time as well as the value. You can try with the below query metrics.

To install Node Exporter using an Ansible playbook, there are some prerequisites.

Here, Two files are used, which are vars.yml  and init.service.j2.

vars.yml: It is having variables like userId, groupId, and version of the node exporter. Location: /home/ec2-user/vars.yml (for CentOS machines)

init.service.j2: It is the service file of node exporter. Location: /home/ec2-user/playbook/init.service.j2. (If the playbook directory is not there, then it needs to be created.)

To install Node Exporter with Ansible, add the host IP of the destination machine in the hosts file located at /etc/ansible/hosts and use the below command.

Now, you can use this playbook to install Node Exporter in as many servers as you want at a time. Hope the steps mentioned above are clear. Watch this space for more blogs on monitoring and alerting.

f you want to learn more about Prometheus go to our website and check more courses on DevOps.