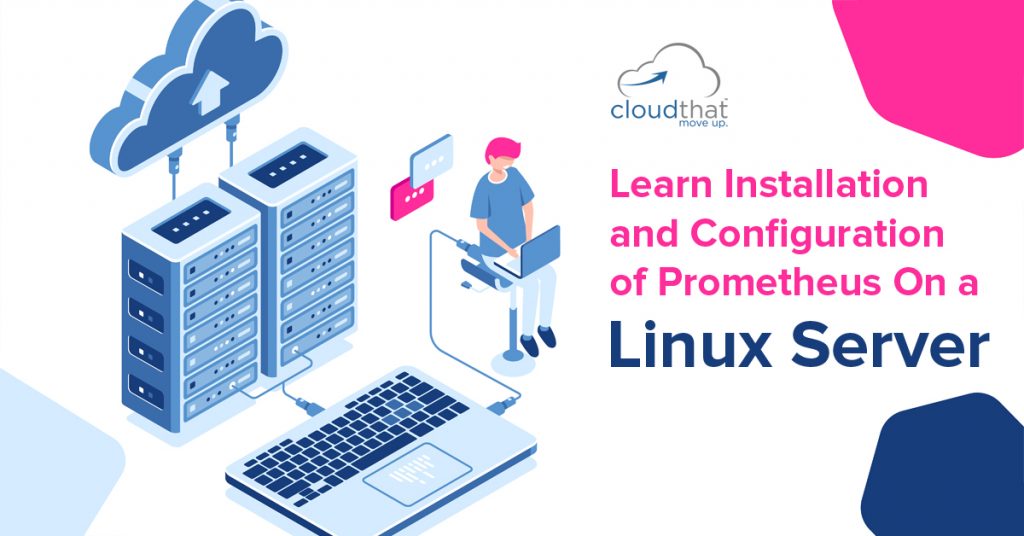 Prometheus is an open-source tool with a metrics-based monitoring system. It has a simple yet powerful data model and a query language that lets you analyze how your applications and infrastructure are performing. It is very lightweight and has a good alerting mechanism. It is a cloud-agnostic tool so we can use it with any cloud provider. Many organizations prefer this tool because of its no cost, wide capabilities, and integrations with many third-party tools. In this blog, I have explained how to implement it on an AWS EC2 instance. 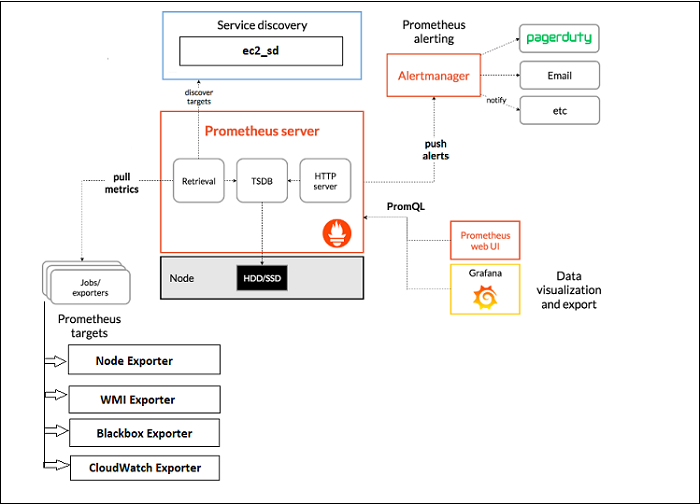 This diagram shows the architecture of Prometheus and certain elements of its ecosystem:

Here you can understand the connectivity of different components of Prometheus with other exporters and tools better. These are the most commonly used exporters here, but to view a list of other exporters which can be integrated by Prometheus, click here.

Prometheus scrapes metrics from instrumented jobs directly. It keeps all scraped samples locally in its time-series database (TSDB) and runs rules over this data to either query and record new time series from existing data or generate alerts. Grafana or other API consumers can be used to visualize the collected data using Prometheus as a data source.

Find below the server level architecture of Prometheus and Grafana to be set up in a cloud infrastructure for monitoring and alerting purposes. 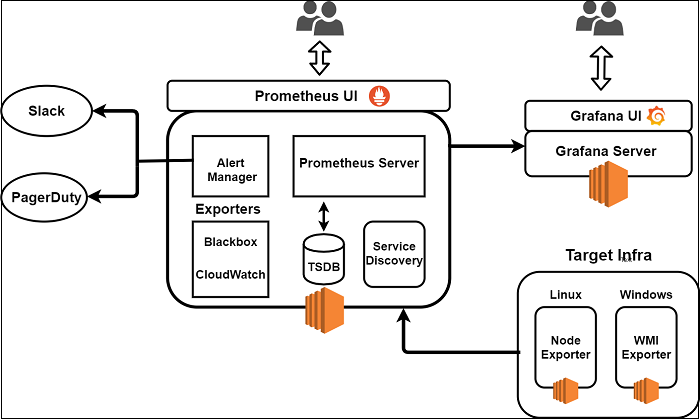 Here we will learn how the latest Prometheus version can be installed and configured on a Linux machine.

Step 1: To update the yum package repositories, use the below command.

Step 2: Go to the official release page of Prometheus, and get the Linux binary download link.

Step 6: From Prometheus-files, move the consoles and console_libraries directories to /etc/prometheus folder and change the ownership of these directories as well to Prometheus user.

As we know that all the configuration files are in /etc directory in Linux. Therefore, all the Prometheus configurations should be present in /etc/prometheus/prometheus.yml file.

Step 1: Create the configuration file as prometheus.yml and open in the editor.

Step 2: Copy the following contents to the prometheus.yml file. Here, we are creating a job name as Prometheus which will scrape metrics of Prometheus from the localhost. Then save the file.

Step 3: Now, change the ownership of the prometheus.yml to Prometheus user.

Step 2: Edit the service file and add the below content in it.

Confirm if Prometheus service status is active using the below command.

The output should be as below.

The following UI should be visible as shown below.

We only have installed Prometheus for now. The next step will be to register the targets for the exporters which you are going to use in the prometheus.yml file to get the metrics from the source systems.

If you want to learn more about Prometheus go to our website and check more courses on DevOps.